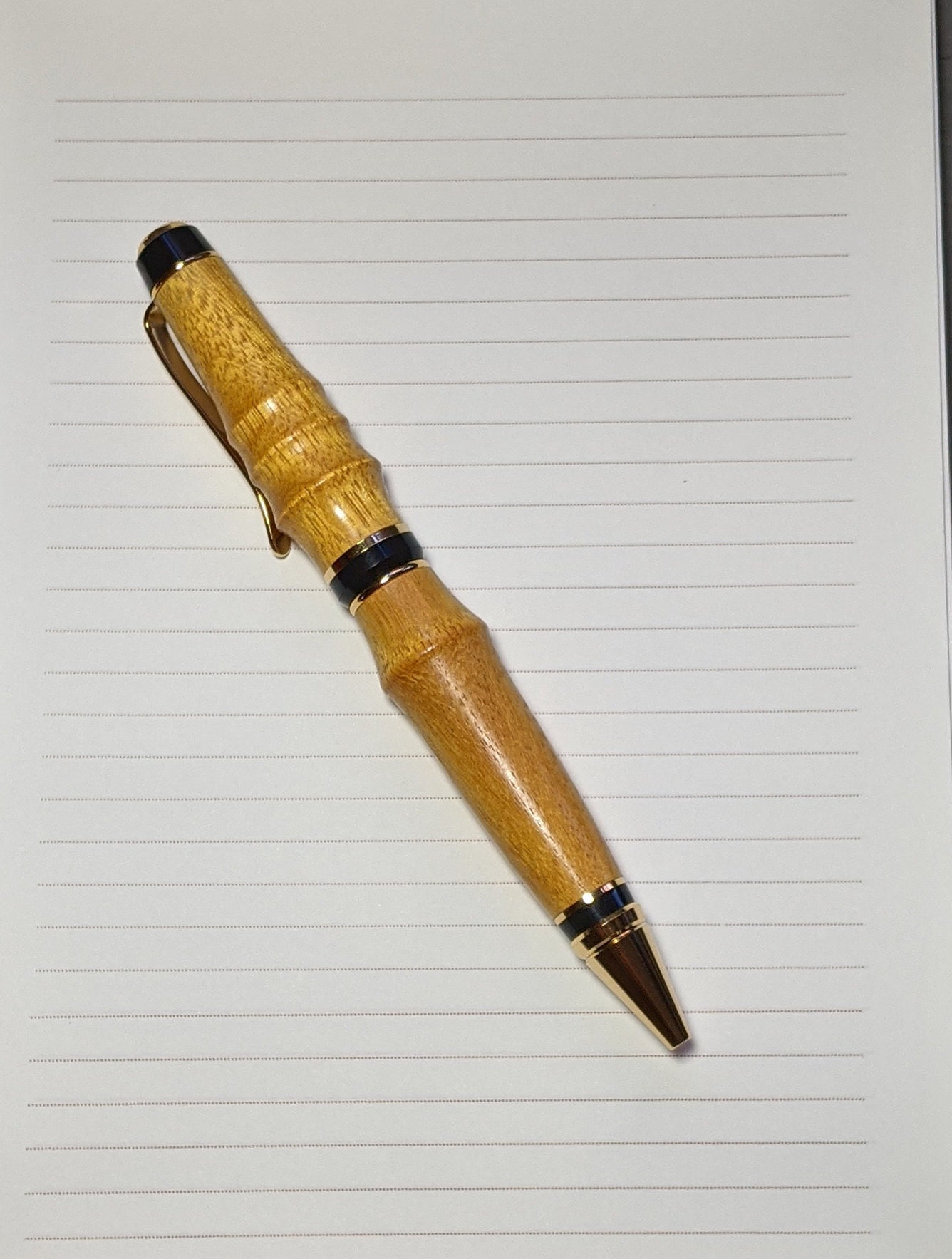 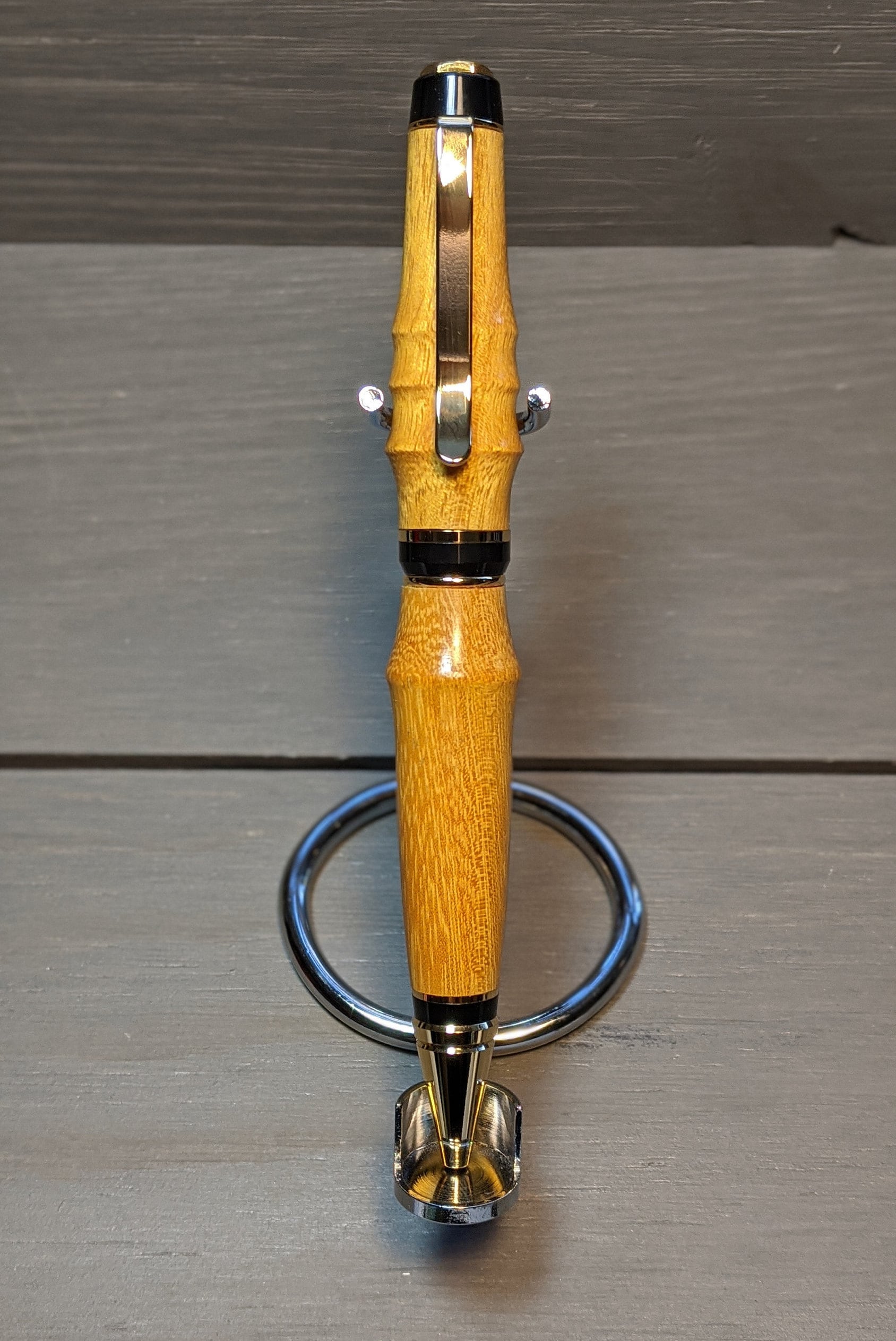 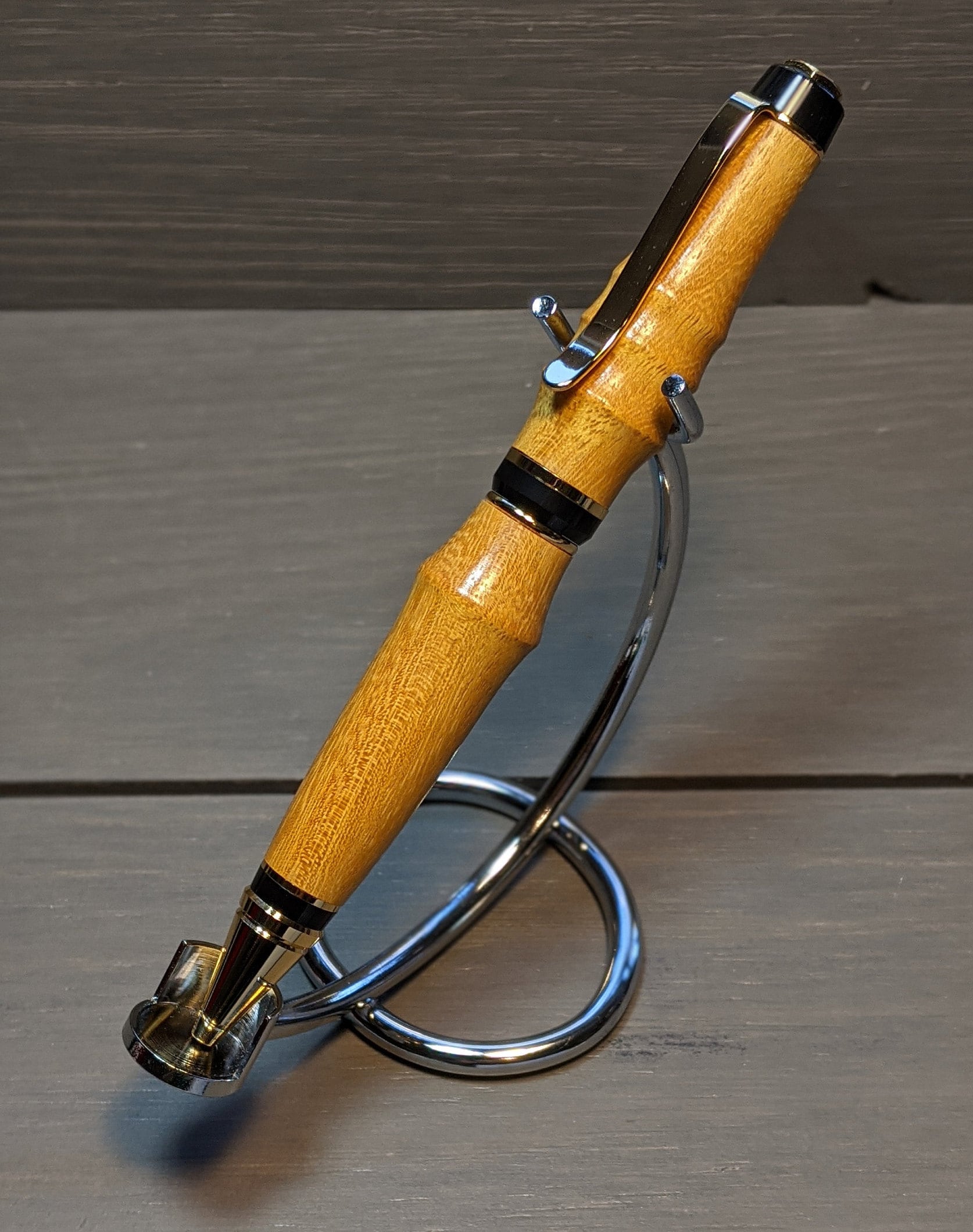 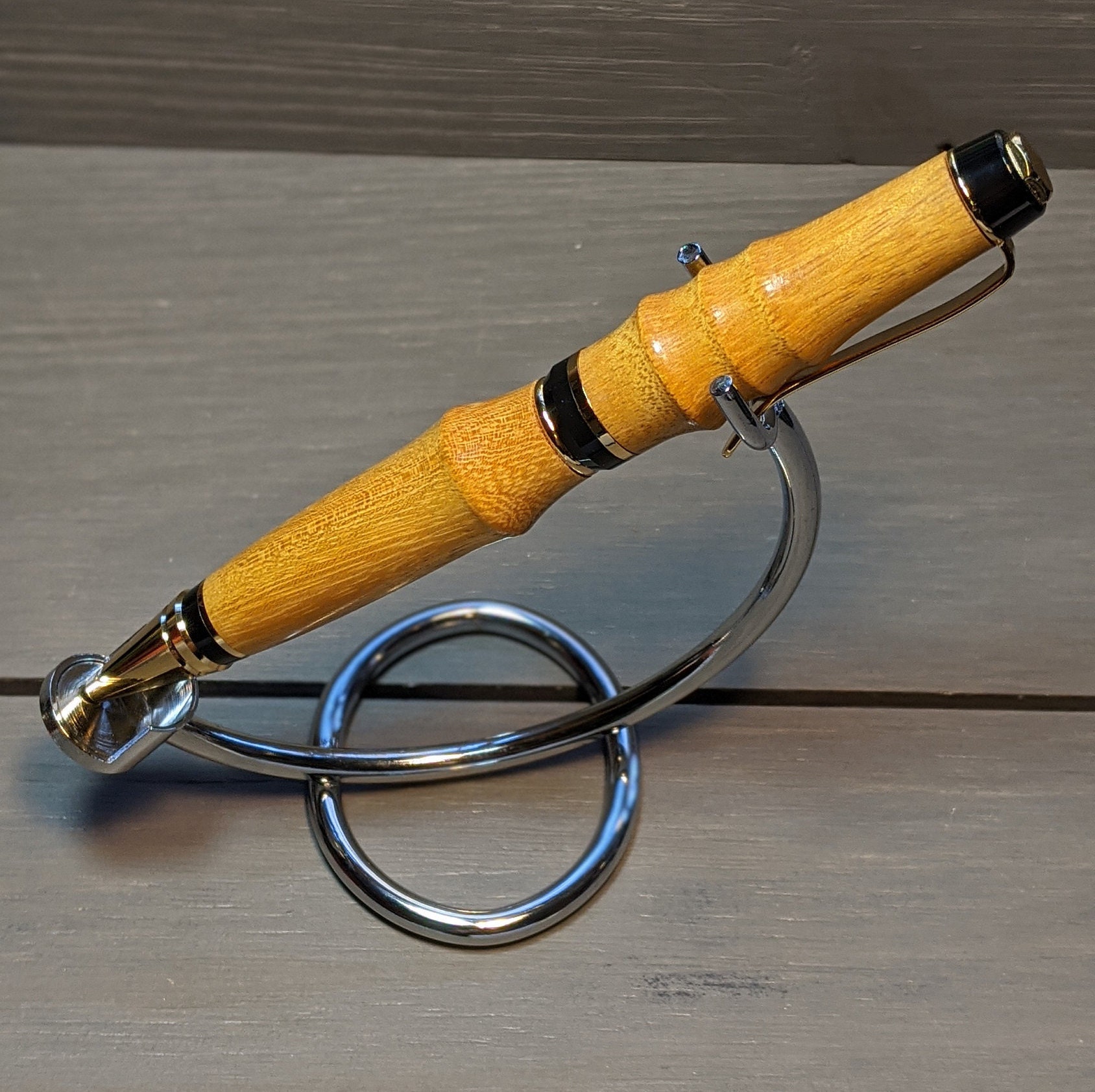 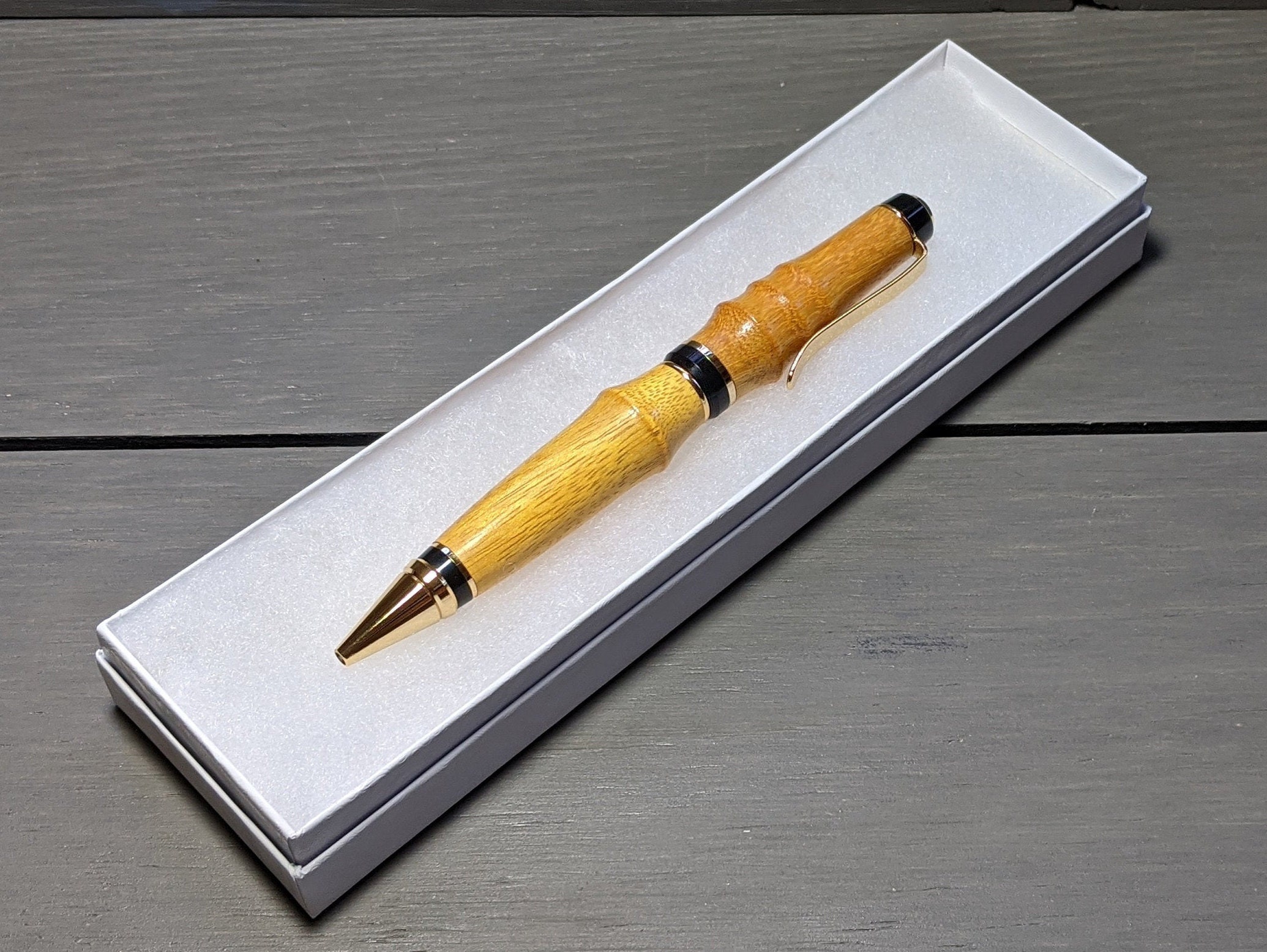 Cyrene was a fierce huntress and Thessalian princess of Greek mythology. Lesser known than the famous Artemis, Cyrene was renowned for her archery, stealth, cunning, and strength. Though she was a princess, she did not find joy in the domestic arts, rather it is said that Cyrene accompanied Artemis on her hunts, before later marrying the god Apollo.

The Cyrene Cigar Pen - named after this mighty and beautiful princess for it too has a history of strength and hunting. Long used by the native hunters to craft their bows and clubs, the Osage orange tree (Maclura pomifera) would later be used as a living fence by settlers to prevent the escape of livestock as the tree proved incredible sturdy and able to withstand rot, even after it had long since died.

While this stately cigar pen, trimmed in 24K gold, will not do much to protect you in the event of a lion attack, nor can it be used to fire an arrow, the Cyrene can help you launch an attack of words. Perhaps it will defend you from a broken heart, a lack of career, or even a missed item on your shopping list. No matter what your need wants, the Cyrene will help empower you for a long time to come.

This pen will be shipped with its own black velvet pen sleeve (no additional charge) - great for gift giving! Gift boxes are also available for an additional charge, if desired please indicate under Gift Options.

I gladly accept returns and exchanges

Ship items back to me within: 21 days of delivery

But please contact me if you have any problems with your order.

The following items can't be returned or exchanged

Because of the nature of these items, unless they arrive damaged or defective, I can't accept returns for:

0 items in your cart